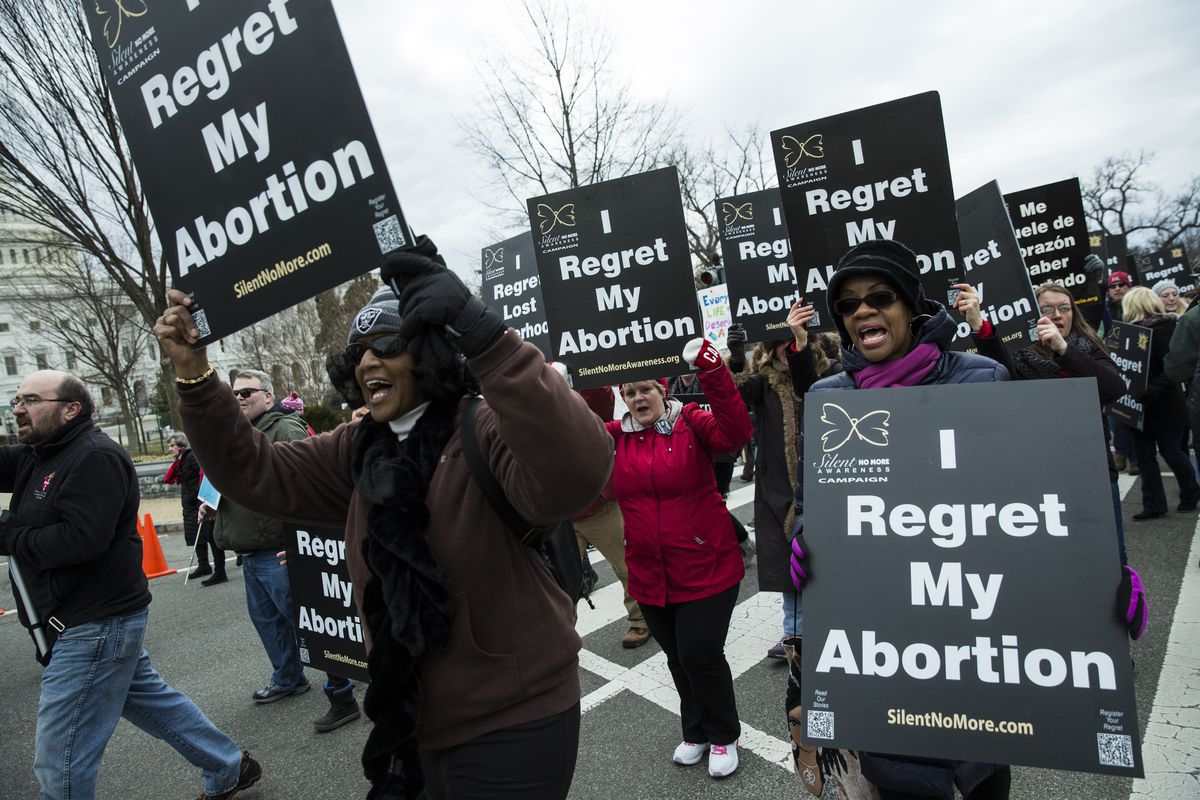 Today’s social justice debate in our society, culture and even the evangelical church feels not only eerily similar to the one that led to division in the Protestant church in the early 20th century, but I would argue should be at the crux of the abortion debate today, as pro-lifers observed the 46th anniversary of the Roe vs. Wade Supreme Court decision this week, just a day after the Martin Luther King Jr. holiday.

For those of us that fight for the human rights of the unborn, we fight for social justice on much of the same moral ground in which Dr. King fought for the civil rights of unjustly oppressed African-Americans over a generation ago, despite the rancor of pro-aborts that would disagree with that analogy.

Rather, today’s more liberal social justice warriors wish to echo King when fighting to make a social justice case for everyone from minority victims of police violence (“Black Lives Matter”), to “victims” of oppression in the LGBTQ community, regardless of whether or not actual social injustices may have been done to such groups.

While this post is not intended to compare or parallel the social issues of the day that impact ‘intersectional’ or identity politics, it is intended as such to draw some parallels between the civil rights movement for blacks in the latter 20th century led by King, to the pro-life movement led mostly by Christians and Catholics over the post- Roe v Wade era.

Nearly 56 years ago MLK penned his classic “Letter from Birmingham Jail,” which spoke powerfully to the need for justice, love, and action, under a natural-law theory that recognizes the divine basis of moral law in opposition to the immoral laws of man (e.g. racial segregation, voting). King drew on several principles of scripture as well as quotes from early church fathers to more modern theologians to help make his case.

Similarly and interestingly enough, Dr. Alveda King, MLK’s niece and a pro-life advocate, has often cited the concerns that her uncle voiced about abortion and charged anti-abortion supporters, “By our effort and example may God use us, as imperfect vessels that we are, to bring an end to such ancient evils as infanticide, abortion, racism and oppression.”

Did we just read a quote from the niece of Martin Luther King Jr., a civil rights activist in her own right, decrying abortion as a modern-day evil and equate that act with racial injustice, due to its roots in racial discrimination and oppression (see the history of Planned Parenthood founder Margaret Sanger)?

Precisely; from one who knows bigotry and having had an abortion herself. Advocates of the social gospel which emanated from a social-justice ideology decades ago, believed the church of Jesus Christ should be engaged in the culture, fighting against injustice and working to uplift the impoverished and downtrodden – all admirable goals which many evangelicals today rightly stand by.

Biblically saturated Christians understand however, that social justice must begin with the most vulnerable and oppressed among us, that being the pre-born, who are granted the status of dignified, image-bearers by God’s own word (Jer. 1; Psa. 139) and yet are the most defenseless and voiceless among us, having lost the most fundamental human right of all- the right to live, aborted by that controversial court decision in 1973, leading to a modern holocaust which has taken nearly 60 million innocent lives to date.

Unfortunately, the social gospel left, unwittingly allowed secular and cultural influences to inform their theology back then, to the point of diminishing if not abandoning clear gospel ministry and seems to be repeating itself again today  – worse, largely abandoning the cause of the most needy and downtrodden of all; unborn children, regarded by so many as little more than an intrusion to be done away with for the sake of unfettered sexual freedom.

Without co-opting the original context of King’s Birmingham letter and it’s necessary and clear argument for the full and basic civil rights of African-Americans, I believe his legacy and his niece Alveda’s worldview would approve of the linkage I’m making between the two issues- particularly since the black population is disproportionately decimated by abortion (an inconvenient truth ignored or hidden by the “pro-choice” movement).

“The Negro cannot win if he is willing to sacrifice the futures of his children for immediate personal comfort and safety. Injustice anywhere is a threat to justice everywhere.” Dr. Martin Luther King, Jr.

Christian clergy and disciples are often asked, “Why do you get so ‘bent out of shape’ about abortion and are always making a political issue of it or are constantly talking about it?”

King from his “Letter” on the religious reason for civil rights activism:

I am in Birmingham because injustice is here. Just as the prophets of the eighth century B.C. left their villages and carried their “thus saith the Lord” far beyond the boundaries of their home towns, and just as the Apostle Paul left his village of Tarsus and carried the gospel of Jesus Christ to the far corners of the Greco Roman world, so am I compelled to carry the gospel of freedom beyond my own home town. Like Paul, I must constantly respond to the Macedonian call for aid.

As to abortion? Ditto.

I cannot sit idly by in Atlanta and not be concerned about what happens in Birmingham (Alabama). Injustice anywhere is a threat to justice everywhere. We are caught in an inescapable network of mutuality, tied in a single garment of destiny. Whatever affects one directly, affects all indirectly.

King in his letter, as complied by Peter Lillback’s Annotations on a Letter That Changed the World from a Birmingham Jail, reviewed the process of his non-violent protests and the history behind it…

Collection of facts to determine if injustice exists

There can be no gainsaying the fact that racial injustice engulfs this community. Birmingham is probably the most thoroughly segregated city in the United States. Its ugly record of brutality is widely known. Negroes have experienced grossly unjust treatment in the courts. There have been more unsolved bombings of Negro homes and churches in Birmingham than in any other city in the nation. These are the hard, brutal facts of the case.

Think abortion, it’s procedures, partial-birth, body parts and their sale by Planned Parenthood. Might that qualify as an “ugly record of brutality (that) is widely known?” Are these not “hard, brutal facts of the case?”

The difference between just and unjust laws:

“How does one determine whether a law is just or unjust?”

A just law is a man-made code that squares with the moral law or the law of God.

An unjust law is a code that is out of harmony with the moral law. Abortion fits this definition perfectly.

King added, “To put it in the terms of St. Thomas Aquinas: An unjust law is a human law that is not rooted in eternal law and natural law.”

As to social justice, particularly for minorities such as African-Americans, abortion should be issue number one of concern. Although there is partial good news in the of number of reported abortions in America having dropped to less than a million per year, rates are still tragically high, and as WORLD magazine reports in its annual Roe v. Wade issue, “They remain particularly steep among African-Americans: The CDC reported black women had an abortion rate of 25.1 abortions per 1,000 women. (White women had a rate of 6.8 per 1,000.)”

In New York City, hundreds more black babies died from abortion than were born alive in 2016. In years past, that number has been in the thousands. In South Florida where we reside, for some strange reason most every Planned Parenthood location is situated in a lower-income, minority community.

That reality makes pro-abortion propaganda in those communities even more alarming. In 2017, Planned Parenthood tweeted, “If you’re a Black woman in America, it’s statistically safer to have an abortion than to carry a pregnancy to term or give birth.” How’s that for a baby-killing sales pitch?

WORLD quoted Ryan Bomberger, a pro-life champion from a speech at Wheaton College (a Christian school) who noted that, former Planned Parenthood President Cecile Richards tweeted outrage about violence against African-Americans in U.S. cities (‘social justice’) when she said, “There are no words adequate to express the outrage and grief—stop killing Black people.”

Bomberger who happens to be African-American, agreed the loss of any life is tragic, but he noted the irony of Richards’ dismay: “She is the abortion mogul of the nation, leading the organization that is the leading killer of black people.”

How would Dr. King react to the fact that due largely to Roe. V. Wade, that more black babies are killed by abortion than are born alive? What impact has that fact had on the African-American community and our broader culture of death which systematically favors the elimination of an entire class of people and its future generations? Where is the outcry of social justice there?

Alveda King daringly presumed what her uncle would have said and felt in a Roe v. Wade era, when she wrote, “Dr. King would never have agreed with the violent violation of the civil rights of the millions of aborted babies, and Planned Parenthood’s subsequent blitz of women’s health problems related to chemical and artificial birth control methods.

This conclusion leads me to remind my readers that I too have a dream, it’s in my genes. How can the dream survive if we murder the children?”

Regardless of what MLK Jr. may have thought about the scourge of abortion today, he did see and preach hope for a nation that seemed intent on depriving people their most basic civil rights when he wrote from his jail cell:

But even if the church does not come to the aid of justice, I have no despair about the future. I have no fear about the outcome of our struggle in Birmingham, even if our motives are at present misunderstood. We will reach the goal of freedom in Birmingham and all over the nation, because the goal of America is freedom. Abused and scorned though we may be, our destiny is tied up with America’s destiny.

May it be God’s will for an American destiny in which its people repent and abortion is once again abolished and returns to a worldview which has regard for the God-given sanctity of human life- from womb to tomb.