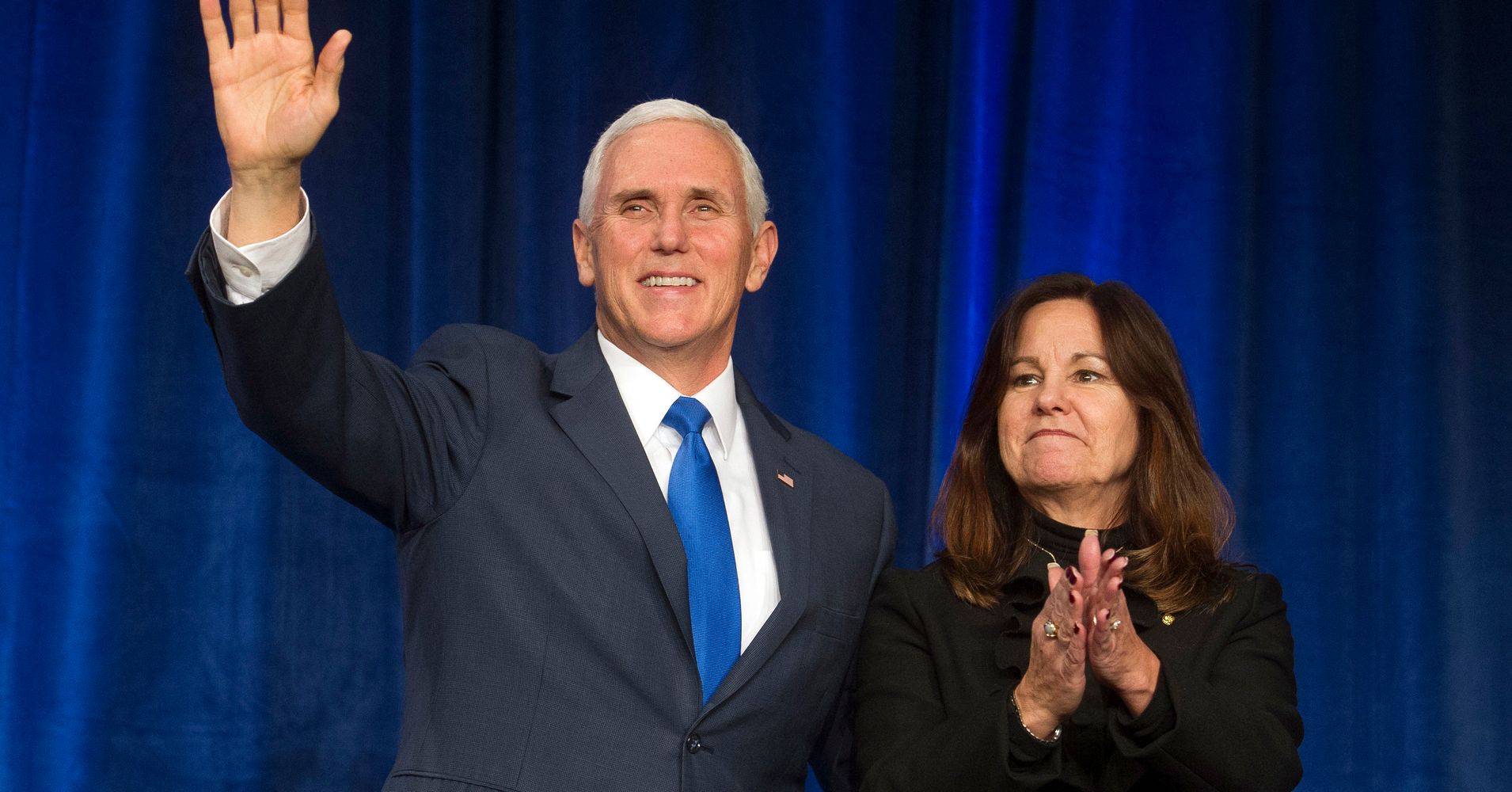 Though I don’t claim to be a prophet in the predictive sense of the word, I was surprised to find that my post of two weeks ago on the persecution and fate of 250 Dutch Pastors in the Netherlands for preaching the biblical truth about human sexuality (A Faithful Remnant and its Future, MCT; Jan. 10), and its possible implications for Christians in America, would manifest itself so quickly.

Last week a major news story broke upon the revelation that Karen Pence, wife of the Vice-President of the United States, dared to do the unthinkable in today’s society: practice her Christian faith in public- even in a private institution.

The secular media apparently thought it was newsworthy that the “Second Lady” has taken a part-time teaching job at a Christian school which she had been previously affiliated with for over a decade. What’s so extraordinary about that? According to one report:

It’s not a school where everyone is welcome. In a “parent agreement” posted online, the school says it will refuse admission to students who participate in or condone homosexual activity. The 2018 employment application also makes candidates sign a pledge not to engage in homosexual activity or violate the “unique roles of male and female.”

Or in other words, Mrs. Pence was basically convicted by the major mainstream media and other cultural watchdogs of the day for being a … wait for it… Christian. How so? She was and continues to be vilified and raked over the proverbial ‘coals’ by the press for being part of a Christian ministry which actually adheres to its two plus millennial historic and biblical teaching of human sexuality.

Her job application at Immanuel Christian School, like virtually every other evangelical educational institution in this country from elementary to higher education, contains a statement of faith and an agreement of Christian ethics for employees, of which hers read: “Moral misconduct which violates the bona fide occupational qualifications for employees includes, but is not limited to, such behaviors as the following: heterosexual activity outside of marriage (e.g., premarital sex, cohabitation, extramarital sex), homosexual or lesbian sexual activity, polygamy, transgender identity, any other violation of the unique roles of male and female, sexual harassment, use or viewing of pornographic material or websites.”

The application further had the audacity to say that the school believes “marriage unites one man and one woman” and that “a wife is commanded to submit to her husband as the church submits to Christ”, amongst other scripturally referenced moral statements, doctrinal expectations and apparent heresies.

The real sad story here is that The Huffington Post among others “news” outlets, think that the above occurrence and everyday operation of an evangelical Christian school is that strange or newsworthy. The Washington Post even featured the headline: The school that hired Karen Pence requires applicants to disavow gay marriage, trans identity.

What these reports also affirm is that any doubt you may have had that we live in a ‘post-Christian’ culture has been removed, to the point that the mere practice as well as belief of Judeo-Christian and Bible based values is being regarded as fanatical and anti-social, if not bigoted and hate-filled, to the extent that the press has become totally ignorant of or just plain dismissive of classic and orthodox Christianity.

The mainstream media of this country has totally ‘missed the boat’ – missed the fact that tens of millions of Americans believe and conduct their lives in accordance with the above moral and biblical standards even in the midst of our current sexual revolution.

Being as curious as I am, I can only wonder if the media’s reaction to this story would have been the same if Karen Pence would have volunteered to teach art at a Muslim or Judaic school, being that those other two historic and theistic religions of the world also hold to similar if not the same doctrines of sexuality.

At the risk of sounding too extremist, we are fast approaching a time in this nation’s society in which some – and most among the cultural elites will brand biblical Christianity as a cult, in a similar way to the infamous Branch Davidians or Jamestown community of Jim Jones (“drink the Kool-Aid”).

Indeed, no less a theologian than Lady Gaga, a self-proclaimed bisexual (which again by the way obliterates the idea that sexuality is an inborn orientation), called out the Second couple, when she declared at a concert,

“To Mike Pence, who thinks it’s acceptable that his wife work at a school that bans LGBTQ: you are wrong. You say we should not discriminate against Christianity? You are the worst representation of what it means to be a Christian. I am a Christian woman and what I do know about Christianity is that we bear no prejudice and everybody is welcome. So, you can take all that disgrace, Mr. Pence, and you can look yourself in the mirror. You’ll find it right there.”

Not to get too engrossed into Ms. Gaga’s spiritual condition and personal life, it is safe to say that her comments betray the more typical sexual doctrine and attitude associated with sexuality today as evidenced by the above news coverage. That being, the liberal left -religious or secular, lacks even the slightest and most fundamental understanding of Christianity and biblical theology, particularly with respect to sexual mores and truth.

If the ever-increasing ‘criminality’ of Christianity in this age where religious freedom and the acknowledgement of its existence in America as the first constitutionally protected right for its citizens isn’t grounds enough for concern, the mainstream media’s all-out assault on the faith in the culture war doesn’t help.

On the heels of ‘Pence Gate’ came word of the Covington Catholics story, which had all the makings of another perfect 21st century crime dominated by “Fake News.”

This time it was a seemingly incriminating (though carefully edited) social media video of a 16 yr- old Catholic school student with a MAGA (‘Make America Great Again’) red hat, verbally accosting a victim from perhaps the single most oppressed class in American history, a Native American. The villain in this ‘high crime’ again is a white, Anglo-Saxon male professing faith in God. And most damning, sporting a smile at the recent March for Life event in the nations’ capital.

As it turns out, hundreds of thousands or even millions of retweets of an encounter following the march told the wrong story. Nick Sandmann, a junior from Covington Catholic High School, did not  appear to invade the personal space of a Native American veteran and activist. He didn’t trample over the man’s rights as the white privileged youngster he has been stereotyped to be by social justice warriors- or really what some call ‘Cultural Marxists.’

As a WORLD magazine reporter put it succinctly, “So it seems, the student with the now infamous smirk committed only one crime: existing.”

Cultural Marxists for a number of years now have been making a case to academic, political and media elites that a cultural hegemony (“a leadership or dominance of one country or social group over another”) has existed over the history of the United States for far too long and must not be allowed to exist any longer, meaning that an unfair influence and dominance by this hegemony over oppressed and victimized minority groups must stop- now.

What is America’s traditional and cultural hegemony?

What are the features of the hideous American that make up that evil oppressor of all that is good and compassionate in this nation? This prototypical American is:

In light of recent events (above) and the current state of cultural affairs I would add to the above hegemonic characteristics:

Therefore, by contrast, the perfectly identified and culturally favored intersectional American resident (intersecting of multiple oppressed minority groups in one person) and worthy of all government protection and special rights might be:

Welcome to  identity politics and society in America 2019. However, should current trends of religious discrimination towards Christianity continue (what would have been an unforeseen reality to this nation’s founding fathers), the ironic question arises, “Could disciples of Christ sneak into the intersectional list above and be worthy of social justice consideration one day?”

I don’t think so. But then again, Christianity has gone through a similar phase and era before and thrived and grew as the greatest movement of faith the world has ever known – the Roman Empire, ca. 60-300 A.D.